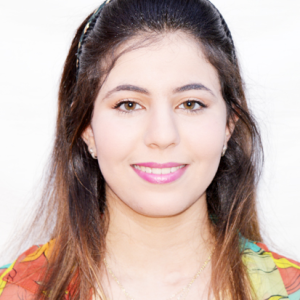 On the Startup SAFARI Virtual Experience Stage, we had the pleasure to welcome Anita Chainiau, Product Manager, at La Ruche qui dit Oui.

This article is a transcript of his passage, and you have the possibility to follow the video replay with the link available at the bottom of the page.

La Ruche qui dit Oui is a platform where consumers can buy local products from local producers. The mission is to allow everyone to create a fair food system. They provide a platform for three types of actors to make this exchange and consume locally. They are: producers, hive managers and consumer members.

The producers put on the platform, the products to sell. Then the consumers buy the product. Then, they will meet together at a meeting point fixed by the manager. The manager of the hive will prepare this small improvised market, on which the members will come to get their product.

For producers, the platform consists of two interfaces. One to set up their product catalog. A second one allows putting forward their stock and their sales to better manage the stock. The most important thing is that this platform allows producers to sell. They can also freely set their selling price.

The beehive managers take care of the logistic part and ensure all the communication with the members who are the last major actors. They buy the products every week from the producers.

In order to provide this platform, it has been necessary to grow this network over the past few years. The curve above shows this.

Anita thinks that within the startup, they’ve had some big increments to reach maturity in 2018. The number of hives has stabilized quite a bit in some countries.

The hives are opened by different types of people. Some have their own business and the hive is only a complement to their activity. But there are also people who work for the hive that says Yes full time. They want to make it their job.

The importance of local consumption

At the beginning of the launch of La Ruche qui dit Oui, it was not easy. At that time, the fact of consuming locally was not too well known or too widespread. People at the beginning were very militant. But over the years, things have evolved. In the meantime, La Ruche qui dit Oui has worked on the professionalization of its platforms. It wanted to meet the expectations of the hive managers because there were many requests for professionalization in Germany.

The second big challenge that La Ruche qui dit Oui has had is the growth in the number of project holders. At the beginning, they were welcomed in a very personalized way. But as soon as a large number of them started to apply, the requests became more and more numerous. It was therefore difficult to follow them all in a personalized way, especially since they were a small team working for La Ruche qui dit Oui. The solution was to set up processes to make sure we could respond to everyone. At the same time, we have to qualify the requests we receive to make sure that people are motivated and can follow through on their project.

Among the challenges they faced was the creation of common rules for the networks. This was done by focusing mainly on two points: buying directly from the producers’ farm, or buying from the registered producers.

The last big challenge was to grow the network. La Ruche qui dit Oui already had local teams across Europe. They allowed them to accompany the hive managers, but also the producers’ networks.

They also favored the ambassador system, which consists in giving responsibilities to some hive managers. These people will accompany and develop the network in their areas. They can set up operations for producers who are a little far away to promote communication between hive managers, etc.

As La Ruche qui dit Oui has grown, it has had a challenge in creating its brand. The company has a local identity, so it’s a bit difficult to stay with the same identity internationally. We had to adapt to different countries, so that the message was clear. We even had to adapt certain means of payment in the countries where it has developed.